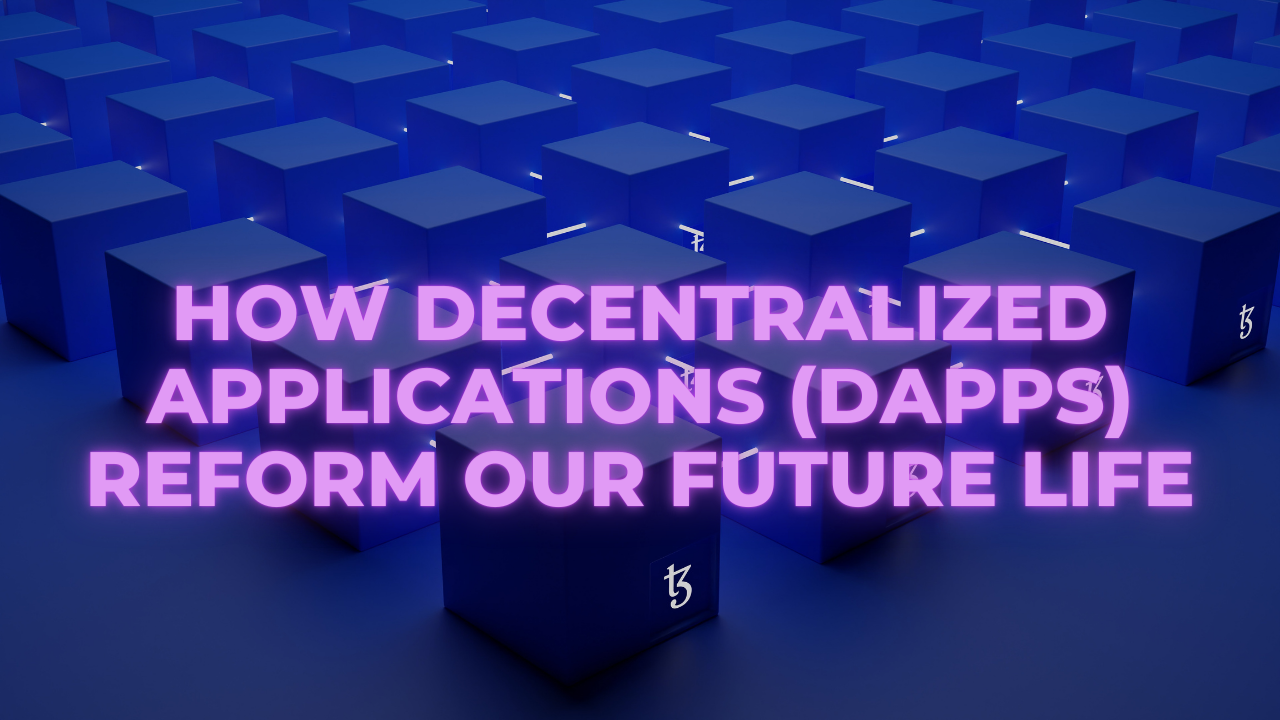 As the use of dApps continues to grow and mature, it is becoming increasingly clear that they have the potential to disrupt some stories and fundamentally change the way we interact with each other online.
January 6, 2023
Share:

Decentralized applications, or dApps, are revolutionizing the way we think about the internet and the role of centralized authorities in our online lives. Built on top of distributed ledger technologies like blockchain, dApps offer a level of security, transparency, and decentralization that traditional centralized apps cannot match.

As the use of dApps continues to grow and mature, it is becoming increasingly clear that they have the potential to disrupt some stories and fundamentally change the way we interact with each other online. In this article, we will explore the current state of the dApps industry and speculate on its future possibilities.

The concept of dApps (decentralized applications) was first proposed by Vitalik Buterin, the co-founder of Ethereum, in a 2013 white paper. In the white paper, Buterin described dApps as applications that run on a decentralized network, rather than on a single computer or server. Since then, its development has been used in a wide range of industries, including finance, supply chain management, and gaming which is developed by diverse groups of creators around the world.

A year before the launch of Ethereum, an article titled “The General Theory of Decentralized Applications, dApps” was published by a group of developers led by David Johnston. This article contains four features that every dApps should have:

The Current State of dApps

DApps are still in their infancy state, but they have already made significant strides in some areas. One of the most well-known dApps is the cryptocurrency exchange Ethereum, which has become a major player in the digital currency world. Other popular dApps include prediction market Augur and content-sharing platform Steemit.

Despite these early successes, the dApps industry is still facing many challenges. One major issue is user adoption – many people are still unaware of the benefits of dApps or are hesitant to use them due to a lack of understanding. Additionally, the technical complexity of dApps can be a barrier to entry for some users, as they often require a certain level of technical expertise to use.

The Future of dApps

Regardless of these challenges, it is clear that dApps have a bright future ahead of them. As the technology continues to mature and become more user-friendly, we will likely see more and more people turning to dApps for a variety of purposes.

One area where dApps could have a particularly significant impact is in the financial sector. Decentralized finance (DeFi) dApps, which allow users to access financial services without the need for a traditional financial institution, are already gaining traction. DeFi dApps have the possibility to replace traditional banks and other financial intermediaries, providing a more efficient and secure way for people to manage their money.

Another area where dApps could have a major impact is the sharing economy. Decentralized ride-sharing and home-sharing dApps could allow individuals to connect directly with each other, bypassing the need for centralized platforms like Uber and Airbnb. This could lead to lower fees and more opportunities for individuals to earn money on their own terms.

In addition to these specific applications, dApps will likely continue to emerge in a wide range of industries, from healthcare to supply chain management. As the technology behind dApps improves and more people become aware of their benefits, we may see a widespread shift towards decentralization in many areas of our lives.

It is uncertain what the future holds for decentralized applications (dApps), but it is evident that they have the potential to revolutionize the way we communicate and interact with each other on the internet. As dApps continue to evolve and gain more users, we can expect to see them being utilized in a variety of sectors. Now is a good time for both developers who want to create innovative dApps and users who want to experience the advantages of decentralization to join the dynamic world of dApps.