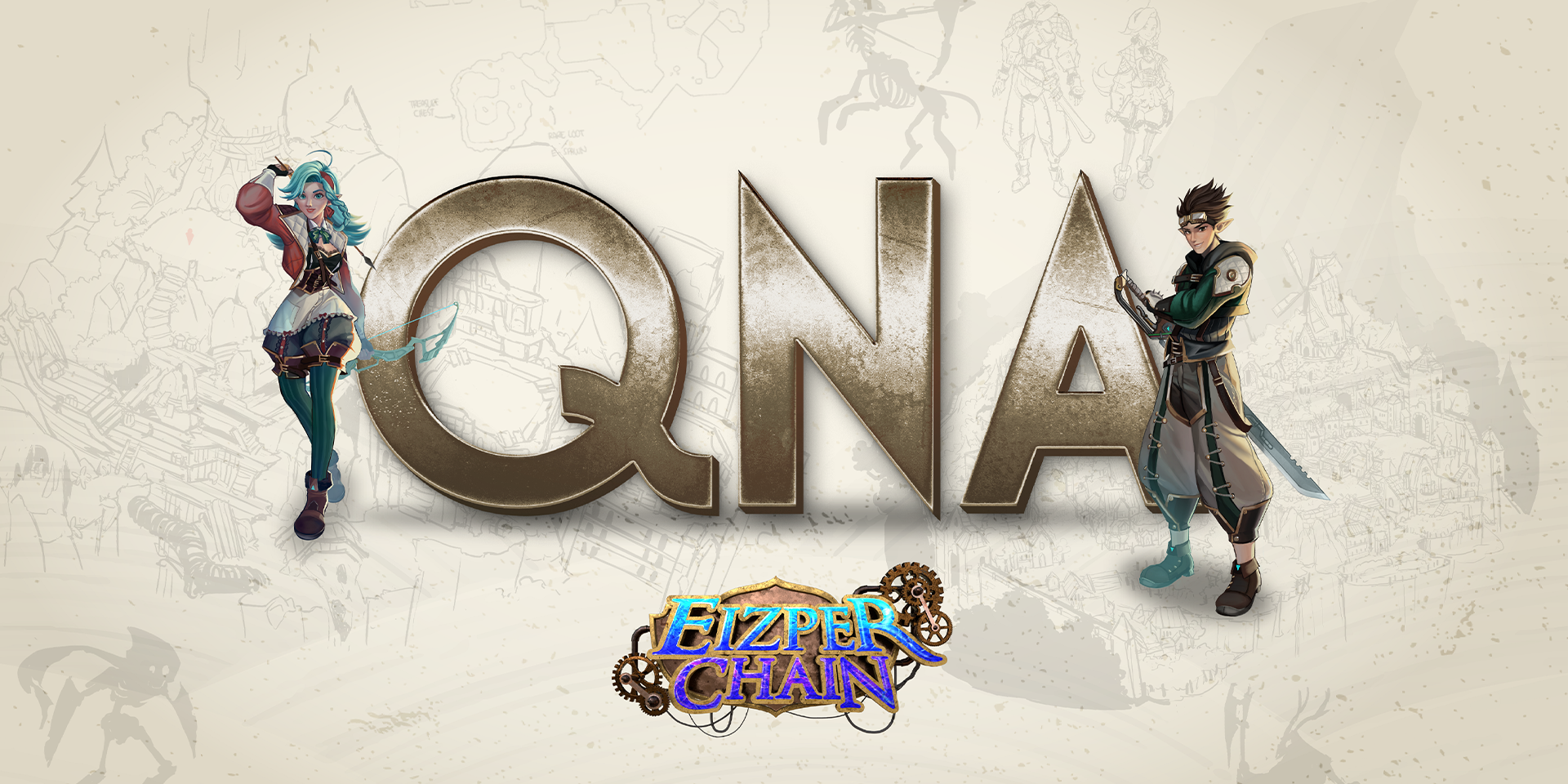 Both PvP and PvE modes have their pros and cons. They come with different difficulties and specialities, but how you play and train matters. Are you ready to be the greatest explorer in Eizper Chain?
January 15, 2022
Share:

PvP supports direct competition between real human players. Meanwhile, in PvE, the characters are controlled by humans on one side and by the system on the other. You will compete against the NPCs (Non-player-characters) controlled by the system. You might have preferences between these two gaming modes, but luckily, you can play both modes in Eizper Chain!

If you love exploring an unknown land and beating chimeras, this game is for you! Eizper Chain is a fantasy-adventure game designed with a steampunk aesthetic. In Eizper Chain, you can beat unique mythical chimeras, befriend the townsfolk, and more! The storyline is also developing as the game goes on.

There are different chimeras, such as the Lobus, Skeleton Chainsaw, Skeleton Glock, Necro Pirate and bosses like the Hulkjouster. You can explore the land and beat the chimeras in the PvE mode. The skill required varies between the enemies, so you must train harder to defeat some high-level enemies! In the upcoming Northern Mining Ground update, new chimeras will appear.

These new chimeras have different specialities and, thus, might be more challenging to beat than the pirate folks.

Feel like you need to be more skilled to beat some chimeras? Worry not, and you can train with Rudion in the Arena! The Arena is specially built for explorers who want to train their fighting skills. In the Arena, you can beat waves of chimeras; thus, you will be tougher every time you practice.

Besides the fighting, there are also some NPCs you can interact with. In Windenfel, you can upgrade your weapons by visiting Geovaldi, buy the things you need by visiting Mery and Chanty, and train in the Arena under Rudion's supervision. Seasonal quests also take place within the game, and you often have to interact with these NPCs, so check Eizper Chain's social media for recent quests and special event updates!

Eizper Chain's blacksmiths are currently developing the PvP mode, so you must wait a bit longer to play with your friends. Meanwhile, you can train harder and be a pro explorer and warrior. So, later when you play with other explorers, you can be the best!

Both PvP and PvE modes have their pros and cons. They come with different difficulties and specialities, but how you play and train matters. Are you ready to be the greatest explorer in Eizper Chain?