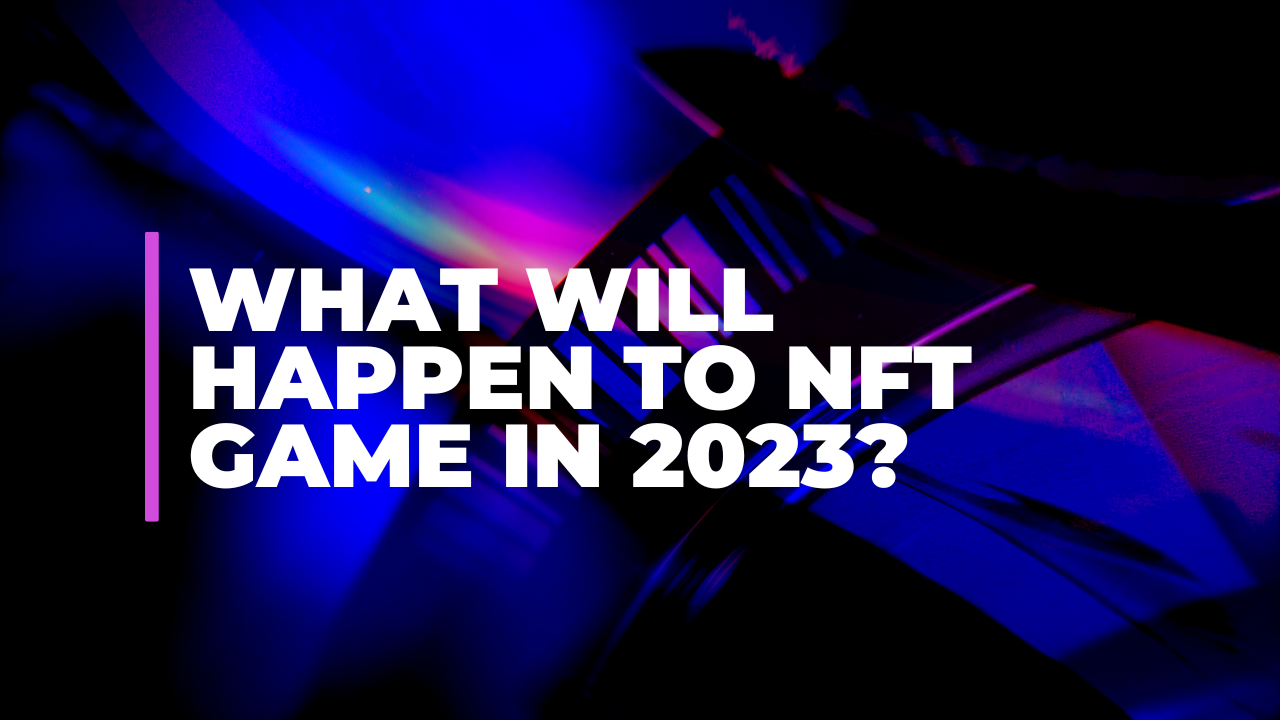 NFT game growth is made possible by the existence of blockchain technology. Both of these technologies are relatively new and are constantly evolving to reach their full potential.
December 30, 2022
Share:

It’s almost 2023 and these days, many of us have been familiar with the term NFT. We heard some celebrities made their own NFTs, and some of us heard it from the news, social media, etc. As a matter of fact, NFT or Non-Fungible Tokens have been around since 2014 though they may not be as popular as we see nowadays. The year 2021 marked the first time NFT became a hot topic in public and among the crypto communities which coincides with the mass adoption of cryptocurrency.

In 2021, NFTs experienced rapid growth during the bull market period for cryptocurrencies, with 1.5 million NFTs sold on various marketplaces. This positive trend continued into Q2 of 2022 when sales values were reaching $146.3 billion. Coinbase Institutional’s “2023 Crypto Market Outlook” report states that NFTs adoption is still in the early stages. The trend of decline throughout 2022 is part of a healthy ecosystem cycle for larger adoption in the future.

NFTs have so many varieties, but here are the most popular ones among all of them: Art, Collectibles, Music, Photography, Games, etc. This time let’s dive deeper into the NFT games!

What is an NFT Game?

NFT Game or also commonly referred to as a crypto game or blockchain game is a game that implements blockchain technology in their ecosystem. In the context of gaming, NFT are used as the representation of in-game items such as characters, weapons, armor, and other assets that possess value for players.

NFT can be minted in various ways depending on each game developer. Some ways include grinding, completing quests, dungeon challenges, etc. However, the NFT game has a unique condition where NFT is limited to a certain amount. If the NFT supply runs out, the only way to obtain it is through trade with other players. Overall, NFT game combine traditional game elements with the capabilities of web 3.0 such as the ownership of assets that can be used or traded due to the real fiat value it possesses.

The Future of NFT Game

NFT game growth is made possible by the existence of blockchain technology. Both of these technologies are relatively new and are constantly evolving to reach their full potential. Therefore, there is still a lot of room for improvements and possibilities for these new technologies to become part of modern society in the near future.

One potential trend that may emerge in the NFT game in 2023 is the use of decentralized finance (DeFi) protocols, which allow for the creation of financial applications and instruments on the blockchain. This could potentially enable NFT game to offer more complex and immersive gameplay experiences, such as allowing players to earn and trade in-game assets for real value.

Another trend that may emerge is the integration of NFT into more traditional gaming platforms, such as consoles and mobile games. This could potentially make it easier for a wider audience to access and participate in NFT game.

In addition to being bought, collected, an investment instrument, or used as in-game benefits, it is expected that in 2023, NFT will have a wider range of uses and tangible benefits. For example, gaining exclusive access to certain goods, receiving priority service at events, receiving discounts from brands that issue NFTs, and so on.

It is difficult to predict exactly what will happen with NFT game in 2023, but they have the bright potential to significantly change the gaming industry and offer new opportunities for both players and developers.

The future of NFT, especially NFT game still has a long way to go. Right now our society is still at the beginning of technology’s introduction. This situation is similar to the internet technology at the beginning of the 2000s when people had limited comprehension of its benefits. Nowadays we are looking at the proof of how dependent we are on internet technology. This is also the case with NFT adoption in the coming years.

With appropriate direction, we believe that this technological advancement will bring benefits and convenience for us. It is important to educate ourselves about new technological developments in order to determine their benefits for our life.